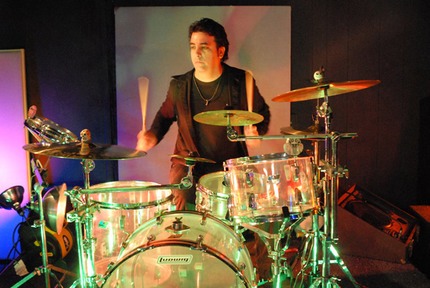 October has been a crazy month. Back on the 8th, I tracked drums to four more songs for the new 45 Grave album, called "This is what Nightmares Are Made Of", at Sound Cage studio's in Brea Ca. Mark the engineer had literally just put the console back together that day....so, as one might expect, me missed something and had 'track seepage issues". This meant I had to do the track over again!! Now, drummers never get to hear "Let's redo it"...so I jumped at the chance to redo the songs after listening to what I had done before. It allowed me to change some things and get into the feel of one song (a R&B track inspired by the song "Vehicle" by Ides of March). So now we have shiny new tracks that I think are an improvement on what we had.

In the past few weeks, we have added bass, guitar and vocals to the songs. I have even arranged for a horn line for next week!! 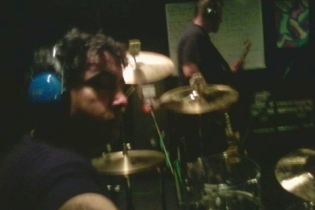 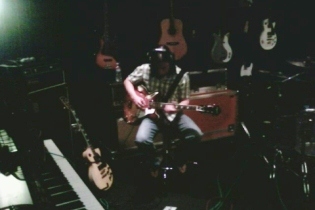 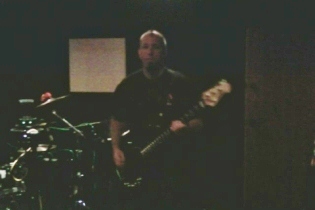 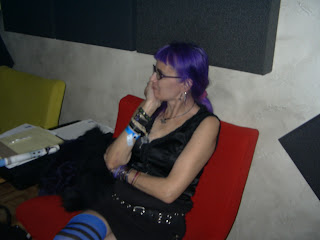 But now it is time to hit the road! 45 Grave plays a horror movie convention called Frank N Con in El Paso TX on Oct. 29. Then I am off to meet my mates in the Last Dance in Philadelphia for a Halloween show for Patrick Rodger's (he of "Man who foreclosed on his bank" fame) and his Dracula's Ball event. Should be some good Tex Mex and and Cheesesteak in the mix also!!

Look for the new 45b Grave to be out in December!
Posted by RLRRLL at 5:30 PM No comments: 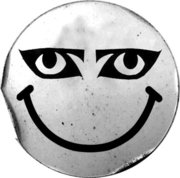 This is a new weblog.
Have you ever wanted to see what the view is like from behind the drum set?? Wanna hear what it’s like to be a working drummer, traveling around the country playing music, making friends and seeing the sites?? How about a crazy road story or two??
That is what this blog is for. Since I am not a famous drummer like the ones we read about in Modern Drummer, this blog will feature stories from the road from bands that move their own gear, drive their own van, and record their records themselves. Some of the stories will be about great or terrible gig, or a particular student I gave a lessons to, or just what is going on in the life of a working drummer.